Put a lock in it 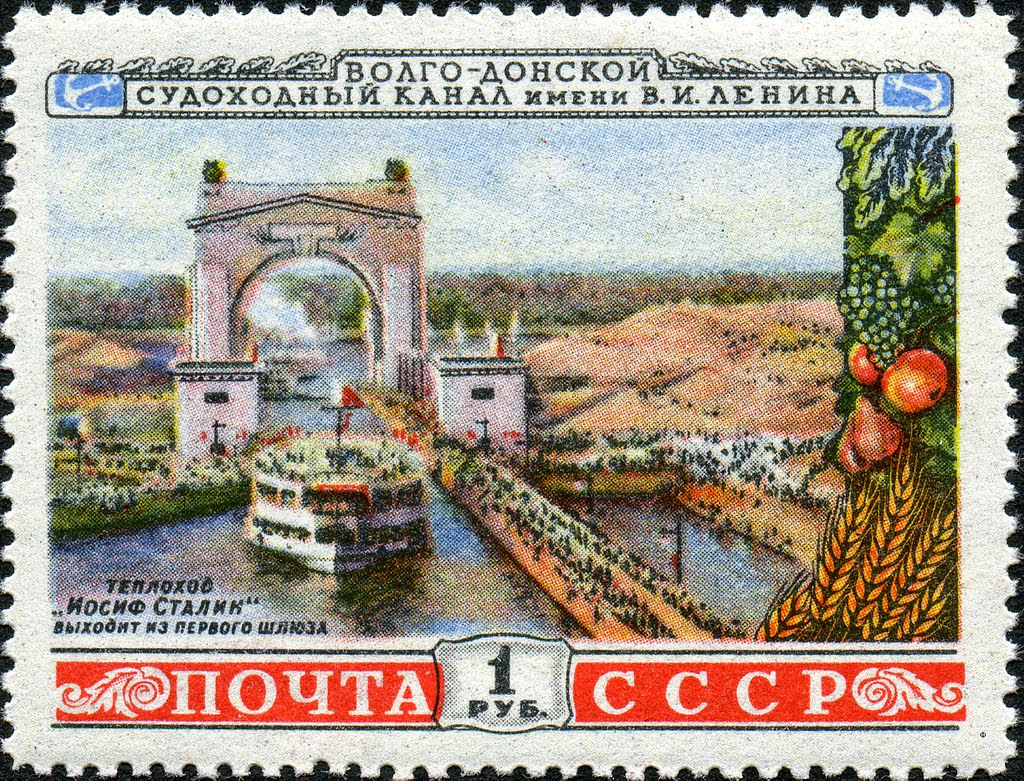 As lovers of Russian literature know, vse techet (Everything Flows, the title of Vasilii Grossman's last, unfinished novel). Rarely is this phrase more apposite than to the elusive literary subgenre of canal fiction. From Mr Toad's clumsy impersonation of a laundress on a canal barge in Kenneth Grahame's The Wind and the Willows, to the more complex mechanisms of deceit behind Soviet literary responses to the construction of the infamous Belomor Canal (1931-33), only a Martian could fail to notice that canals are an important, if understated, topos of literary production. In Russian prose in particular, canal-related plots flow straight to our troubled human core of hubris, hope and vulnerability - perhaps the more readily because, as an artificial river, the canal expresses both our mastery over nature and our hapless subjection to natural law. The pair of canal tales I've chosen below, although written seventy years apart, share a common theme: individual endurance. One protagonist is a lock-keeper, the other a canal-builder: both pursue spoiled hopes with a persistence only equalled by that of water.

Andrei Platonov's Epifanskie shliuzi (The Locks of Epiphany, 1927) is almost a true story: Platonov, a young writer working on engineering projects near drought-stricken Tambov in the mid-1920s, borrowed a historical character (the Englishman John Perry) for his protagonist. The historical Perry was hired by Peter the Great to oversee construction of a canal between the Black and Caspian Seas, and died peacefully in England after writing up his memoirs. Platonov's fictional version, Bertrand Perry, is a lovelorn engineer from Newcastle whom Peter employs to build a canal between the Don and Oka rivers. The project fails, and Bertrand is summoned to Petersburg for execution. The story's title comes from the town of Epifan, where Perry bases his operations. Platonov excels at writing gloom - especially nostalgic gloom - and this story skilfully contrasts Perry's painful exile from Newcastle with his unwilling absorption in the dry steppes of Central Russia. The canal's abandonment by nature - there is not enough water in its bed to float a vessel - culminates a succession of prior failures or flights: the machines break, the foreign engineers flee, the Russian peasants refuse their labour. When Perry, a 'little man' with essentially small dreams, is scapegoated, he consciously offers himself up as a sacrifice - although the reader realizes the real culprit is Peter, a big man whose vast dreams have estranged his own nation. It is a trope familiar from Pushkin's The Bronze Horseman (1833), where the unambitious civil servant Yevgenii briefly acquires tragic grandeur after losing his hopes for marriage and family life for no other reason than the fact that Peter the Great decided to build a city on a flood plain. Yevgenii's sacrifice, unlike Perry's, is both involuntary and unconscious - making Perry's decision to submit to state injustice all the more chilling. Although Platonov was a relatively conforming Soviet writer, an 'Aesopian subversion' of Stalin's plans to transform nature is clearly at work in this early short story.*

The reader learns almost accidentally that Sonia Polorotova, the heroine of Yuri Buida's Vse proplyvaiushchie (All these that sail through, 1998), is a lock-keeper. She takes over her husband's role after he plunges into a coma a few hours after their wedding, apparently caused by a disclosure from Sonia's best friend followed by his first glimpse of Sonia en déshabillé. The story follows Sonia and Misha through a shared life defined by this incident, much as the water flows through the canal. We never learn what the friend told Misha, because she dies of cancer before passing on the secret; and Sonia never marries again or has children, although temptations come her way. Her days settle into routine:

She looked after the gates of the locks, the winches, the drainage of the sluices; she painted and cleaned and helped the workmen who visited the lock several times a year. With the old woman, she took care of the orchard and the herd. Twice a week, screwing up her eyes in terror, Sonia washed her husband with soap and a scrubbing-brush; afterwards, glowing scarlet all over, she would put on a clean lace nightie and tuck herself in beside him. Misha's body was scarcely warm. Before she fell asleep Sonia would tell her husband all the town gossip: on Saturdays she would read aloud to him from some book or other: 'The Three Musketeers' or 'Evgenii Onegin'. After turning off the light she would stare at the small, semicircular window for a long time. Then she dozed off.

The blend of innocent eroticism (the nightie) and baffled romanticism (Onegin and Dumas!) described here seems doomed to bitter disappointment: yet Buida's denouement is gentler and more mysterious than one might expect. Fed by Misha's grandmother's recollection of visiting Venice as a girl, Sonia dreams of gondola rides on the Canal Grande. At night she floats on her own canal until the evening when her husband finally awakens and searches for her to re-enact their failed wedding:

Misha descended to the front room on trembling legs, somehow got into his rubber boots, and went out onto the dam, along which wound the river Pregol, silvered with moonlight and overhung by dew-drenched osiers on both banks. Just beyond a bend he saw a black boat which the current was carrying towards the lock gate. In the boat sat a woman in white, with bowed head.
Misha stepped into the water and stopped the boat with his hands.
'Sonia,' he called her, softly.

Perhaps tellingly, both these tales became the title stories for the collections in which they first appeared.
Note: The Buida translations above are my own. Oliver Ready's translation of this story as 'All Those Sailing Past' can be read in his anthology of Buida's prose, The Prussian Bride.

Posted by Russian Dinosaur at 16:02