Scenes from the Life of a Double Monster 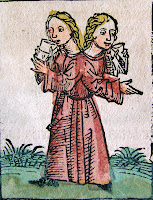 I'm borrowing the title of one of Vladimir Nabokov's short stories - an unfinished account of the lives of a pair of male Siamese twins - to summarize a tale on a similar theme by a less well-known writer, Aleksandr Chaianov (1888-1937). Chaianov was better known to his contemporaries as a progressive agronomist, eventually exiled and executed by Stalin for opposing collective farming. However, he earned a unique place in literary history by writing (under the pseudonym of Botanist X) five Gothic-fantastic short stories and a single, unfinished science fiction utopia.  The Tale of the Hairdresser’s Mannequin, or, The Last Love Affair of a Moscow Architect (1918), written in an ironically Romantic style, is the first of these five unusual short stories . It is also one of three tales by Chaianov to be included in the collection of supernatural fiction I'm currently translating. It precedes Nabokov's Scenes from the Life of a Double Monster by thirty-two years. The story opens in Moscow in the late stages of the Belle Époque;  cafés chantants offer passers-by liqueurs and muscial recitations, while well-dressed flâneurs amble the city's boulevards. The hero, a successful architect called Vladimir M. (biographers of Chaianov have at least two suggestions for his real-life original), is a middle-aged Casanova and an art collector, on the point of completing his latest conquest of a society beauty. Abruptly, however, Vladimir is overtaken by a sensation of utter futility:
'All the fancies, that had so recently stirred his heart, now struck him as banal, wearily repeated for the hundredth time, and even that evening’s encounter, towards which he had endeavoured for so many months and which was meant to inscribe a new chapter in the annals of his life – even this seemed needless and tedious. Only the autumn leaves, falling from the trees and lying under the feet of the evening passers-by, touched his soul deeply with a sensation of grievious sorrow.'
Perplexed by his sudden ennui and unable to shift it, Vladimir impulsively takes flight to the small town of Kolomna, less than a hundred miles south-west of Moscow. He feels better there and is soon contemplating a new affair with the local veterinarian's fashionable wife. But a stranger encounter is reserved for Vladimir... in the window of the pretentiously titled 'Moscow Hair Salon', he sees a remarkable wax mannequin:
'Thick snakes of reddish, almost bronze hair framed a pale face with a greenish opal cast, a burning flush and scarlet lips. Huge black eyes reinforced the composition'.

Vladimir purchases the mannequin from the salon owner at an inflated price; in so doing, he discovers that the wax model has an identical twin, held by the owner's son-in-law. Both were obtained as securities for debts from the owner of a travelling curiosity show, or panopticon. After purchasing the second mannequin at an even more ludicrous price, Vladimir turns detective. He painstakingly traces the originals of both mannequins across Europe, eventually discovering that they are a pair of celebrated Siamese twins who perform as the 'Henrickson sisters' in a travelling circus. Unfortunately, the Henrickson sisters appear to have gone to ground; they don't respond to Vladimir's desperate advertisements. At long last, after expending most of his personal fortune, Vladimir decides to abandon the search, promising himself a brief recuperative stay in Venice before returning to Moscow. As soon as he opens the blinds in his hotel room on his first morning in Venice, he sees an advertisement for the 'American Panopticon', starring the world-famous 'Henrickson sisters'. The twins turn out to be just as beautiful and entrancing as Vladimir had hoped as they perform an erotically suggestive Egyptian dance. Vladimir swiftly persuades the circus owner to introduce him to his star performers. Although they behave with well-bred maidenly reserve offstage, both women are soon charmed by their Russian visitor. Vladimir and Berthe, the more sensuous of the twins, fall rapidly in love - or in lust - while Kitty - described as a 'good-hearted', 'typical German beauty', looks on in horror. Kitty's unwilling but inevitable presence in Vladimir's and Berthe's sexual encounters lends their affair added elements of voyeurism and even violation, reminiscent of the remark made by one of Nabokov's male Siamese twins: 'Not only did our public want us to talk, they also wanted us to play together. [...] I suppose had we happened to be opposite sex twins they would have made us commit incest in their presence'. 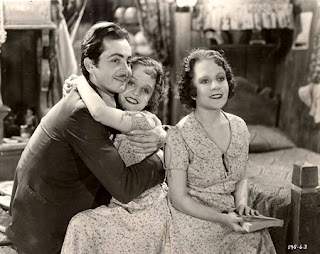 In Chaianov's story, Kitty is both performer and public: 'Passion blazed up, the fierce stream carried everything away, and even I, chained by our deformity to my sister, was somehow strangely carried away on its crests. His words, his smiles, his touches, like melted metal, branded stigmata of desire on our souls. And then came a time when, as I sank my teeth into the pillow in a maddened frenzy, Berthe gave herself to him'. The story, which up to this point has been a third-person narrative with Vladimir as hero, is interrupted at this point with a coyly elliptical chapter heading, 'Disaster' ('Катастрофа'), followed by a quote from an Ovid love poem and a row of actual ellipses. The next chapter unfolds from Kitty's perspective via extracts from her diary, describing Berthe's pregnancy, the surgical separation of the sisters during Berthe's labour, the birth of a little girl and Berthe's death. Kitty decides to flee with her niece, ordering the doctors to tell Vladimir that all three died. Vladimir (and the narrative) retreat back to Moscow, a broken man who listlessly resumes his career for want of any other interest in life. In this state of emotional vacuity, Vladimir consciously experiences the same objectivized condition to which he had implicitly reduced all previous women in his life: Vladimir felt himself to be a mannequin, a marionette, dangled on a string by an unknown hand. After the passage of a year, he decides to allow himself a holiday in Venice. All the details of his arrival are repeated: the same touts and porters at the station, the same ambient sounds of gondoliers and street vendors, the same hotel room. But this time when Vladimir opens his blinds in the morning, he is confronted by a sight that consigns him to final collapse and death: the mannequins of the Henrickson sisters, which he had left behind in Venice, now mounted in the window of a stylish hairdressing salon and staring accusingly into his eyes.

When reading a Chaianov story, one often feels as though browsing an old-fashioned panopticon: the progression of curiosities, antiquities and helpful facts is not dissimilar to the touring displays of human and animal freaks, random paraphernalia and historical trivia that recur in Chaianov's fiction (another example is the travelling circus in his 1924 story The Unusual, but True Adventures of Count Fedor Mikhailovich Buturlin, which contains a mermaid, or the valuable furniture and other curios stored in an antiquarian's cellar in The Venetian Mirror (1923)). Chaianov's love for situational and especially historical detail frequently overwhelms his narrative. But when it works, his determination to embed realia in his fictional framework allows the patient reader to experience the same story on several levels. For example, in The Tale of the Hairdresser's Mannequin, Chaianov mentions that a cafe observed by Vladimir has been painted by the Russian artist Konstantin Iuon. Iuon's works (of which two are included on this page) capture the multichromatic, sensual, yet ephemeral essence of deeply traditional country landscapes and street scenes. By looking at a Iuon painting, such as the 1909 Noch. Tverskoi Bul'var (reproduced here, second image from top), which is probably the painting Chaianov had in mind, the reader can almost see with Vladimir's eyes the urban life of Moscow before the First World War. (To illustrate Vladimir's Venice, however, I've chosen a 1924 painting by Aleksandra Ekster, which Chaianov could not have seen at the time of writing: its harsh, kaleidoscopic splinters of colour seem to have more in common with Vladimir's traumatic experience of the city. See above right). Similarly, later in the tale, Vladimir tries to read himself to sleep with a copy of a much-loved historical novel, Ivan Lazhechnikov's The House of Ice (Ледяной дом, 1835). While the Petersbug plot of this novel has little to do with Chaianov's narrative, it does reinforce both works' emphasis on re-experiencing the historical past. Chaianov is constantly finding windows in the present - art objects, books, even buildings and street names - that allow the reader to visualize the past. He also finds windows, or at least parallels, between different layers of the past: Vladimir's early twentieth-century peregrination through continental Europe in search of the twins is apostrophized with citations from the Nikolai Karamzin's autobiographical account of his own European grand tour in the 1780s in his Letters of a Russian Traveller (Письма русского путешественника, 1792). Whether Chaianov also intends, conversely, to use the past as a window on the present, is open to debate. One Russian scholar, Il’ia Gerasimov, uses Jungian analysis of Chaianov's fiction to argue persuasively that each of Chaianov's five short stories expresses some aspect of his engagement with the Soviet regime - from hopeful compromise to ultimate despair. See his Душа человека переходного времени: случай А Чаянова  (Kazan,1997). 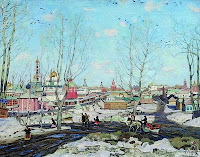 What is certain is that Chaianov is knowingly, and knowledgeably, experimenting with a number of Romantic and Symbolist themes: unlicensed love, incense, deformity, madness, solipsism, and the hallowed theme of the double (which recurs in almost all his fiction). Many of Chaianov's themes were explored by his immediate predecessors and contemporaries - Fedor Sologub, Valerii Briusov, the émigré writer Pavel Muratov - with greater aesthetic success, largely because they practice greater self-restraint. They also have clearer authorial aims: Nabokov's doubles, for example, typically serve as (often rebellious) analogues of the author-subject relationship. Chaianov lacks any such analytic purpose: he is too diffuse and self-indulgent. Yet he is at his most irresistible when he submits to his own whimsicality: in The Hairdresser's Mannequin, Vladimir leaves Venice for a market town near Pavia in considerable agony of mind. He has just been dismissed by the woman he loves and he has no idea whether she or his child will survive labour. Yet Chaianov can't resist forcing on Vladimir a few of the impressions that appealed to his own specialization (Chaianov was one of the Soviet Union's leading agronomists): breeding cattle, land drainage, super-phosphates and Randall’s disc harrows - an innovation in ploughing techniques - all make an unexpected appearance at the tragic dénouement of the story. The barely restrained chaos of Chaianov's authorial style is consistent with the determination shared by his heroes - all collectors of one kind or another - to accumulate unique objects and discover patterns between them.

I'll post again about Chaianov as I continue to discover patterns and resonances between his stories: you can explore them for yourself at http://az.lib.ru/c/chajanow_a_w/
Please bear in mind that all translations given in this texts are drafts: if you would like to compare them with the original and offer alternate suggestions, please do so.
Posted by Russian Dinosaur at 19:09