The Fact That... (Or, Dinosaurs, Newburyport)


The fact that it isn't possible to read anything these days without finding a reference to a major Russian writer, the fact that I was reading Ducks, Newburyport the other day and I really thought I was safe for once with all those cinnamon rolls and Obamacare but then the narrator segued into talking about Solzhenitsyn, the fact that she was remembering her beloved mother and then bam! Solzhenitsyn just pops up out of nowhere like this:


[...] Mommy smoking, the fact that she used to lie on a towel on the beach and read a book while we swam, book, sunglasses, and I thought she was so beautiful, Jane Austen, the fact that one summer she was reading Cancer Ward, a huge book, and there was a big picture of him on the back, Solzhenitsyn, and he had a sort of Amish beard, the fact that I don't know if he picked that up in Vermont or it's a Russian thing, "It's a Russia thing", the fact that you never see Solzhenitsyn smiling [...]

The fact that (and I'll stop this now) either Lucy Ellmann or her narrator need to get out more, as it's easy to see Solzhenitsyn smiling; he's practically an Internet meme. Here he is, cracking up:

The ubiquity of Russian literature references aside, I am ever-intrigued by those writers who weave a Russian classic into their plot. This kind of intertextuality is de rigueur in Russian prose fiction; overseas, it's more of a surprise - not least because it shows how other cultures have made these texts their own, re-inventing them for new. There is all too little critical literature on how Russian writing, in translation, has shaped non-Western cultures either directly (in terms of imitation) or indirectly (in terms of political or aesthetic attitudes). In Steven Marks’ enlightening chapter section

about Dostoevsky’s worldwide influence, he suggests that the great Russian nineteenth-century writers were so popular in societies such as Japan and the Middle East, where they penetrated in the early 1900s in translation, because 'Russian literature taught the art of social and psychological inquiry, and in particular dealt with the familiar problem of making the transition from a traditional to a new way of life' (p. 97). Hence we get international echoes, for example, J.M. Coetzee using Dostoevsky's own persona and characters in The Master of Petersburg (1994); and even more exotically, Atiq Rahimi's not extremely good recasting of Crime and Punishment in modern Afghanistan, A Curse on Dostoevsky (first published in French as Maudit soit Dostoïevksi, 2011).  Every so often, however, Russian originals get used in an even more subtle way: not as plot templates, but as plot drivers - demonstrating how meaningfully plots and archetypes can persist away from their home culture.

My example for today is from Négar Djavadi’s Disoriental (2016; translated from the French by Tina Kover, 2018). As the narrator of the story is a female bisexual atheist Iranian refugee, it's fairly likely that Dostoevsky would not have personally approved of her. Nevertheless, Crime and Punishment defines a key moment of anagnorisis in the lives of the narrator's father and grandmother. (Disoriental tracks back and forth between a Paris fertility clinic, where the narrator is struggling to start her own family, with flashbacks to her parents and other relatives in mid-twentieth-century Iran). Here, her father, Darius, the most intelligent and politically aware person in the family (not least by his readings of Russian authors) has stolen a gun and is on the verge of shooting his despised father, Mirza Ali. 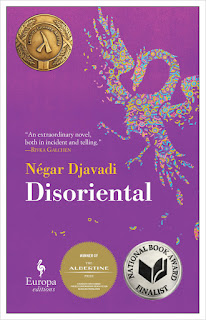 Mother burst into the courtyard and inserted herself between the gun and Mirza Ali. [...] "Don't do this," she begged. "Please, son. Don't do this. If you pull that trigger, you'll be a criminal. You'll end up in prison, and..."
As the words tumbled around in my grandmother's head, seemingly having no effect on her son, she became aware of an unexpected flash of clarity in the back of her mind. All of a sudden, she knew with absolute certainty the origin of the anguish that was eating away at him, She had felt the same thing when she read the book she'd found among Darius's things, its pages battered and filled with scribbled notes,. It was Darius she'd seen in that tortured character. Darius who was, who might become...
"What do you want? To end up like Raskolnikov?" she shouted.
The shock of hearing his mother say that name was so great that Darius’ arm fell to his side. Suddenly, reality took on a new dimension. He saw her now. No longer the powerless, docile mother, but the woman who had read Dostoevsky, had patiently deciphered each sentence, had educated herself in silence. This woman, he did not doubt, had the strength to stand up for herself against her husband. She didn't need her son to defend her any more (p. 65-6).

So Darius doesn't shoot, and his mother leaves her husband for a new life in the city. And thus, long before Lolita, Dostoevsky was empowering women in Tehran... Enough irony there to make Solzhenitsyn smile. 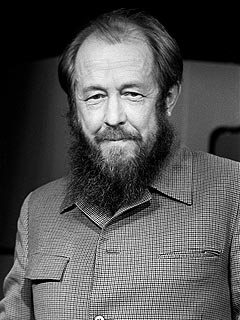