Moscow comes to Moffat, or Tolstoy and Toffee 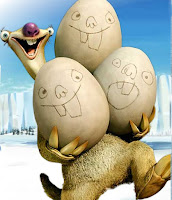 Dear readers, I apologize for my long silence and many overdue posts - including a report on the April 2015 Chinese Russian Literature Studies conference in Xian (CURLS) and a review of Gazdanov's The Buddha's Return. Both coming soon, I promise. Unfortunately, I've been retained again as an expert consultant by the Jurassic Park franchise, and I've also had two dinosaur eggs to look after - no easy task, as fans of Ice Age III know.

I've decided to break my silence by reporting on a rather extraordinary mini-conference I've just attended in Moffat, a small town near the southern Scottish border (and not a Dr Who theme park). This was the Wide, Wide World of Leo Tolstoy, a commemorative event dedicated to the late Ekaterina Yurevna Genieva and jointly arranged by a local organisation called Moffat Book Events and several eminent Russian cultural bodies. These include the All-Russian State Library for Foreign Literature (VGBIL), the Institute of Translation, and the State Museum-Estate of Yasnaya Polyana (the Dinosaur has visited the latter on two previous happy occasions, as regular readers will know). It's rather as if the Librarian of Congress came to your local book club meeting to argue about the latest Jodi Picoult - except that the intellectual tenor was much higher. The sheer oddness of concatenating Slavic cultural heavyweights in a minute and remote, if charming, Scottish town is so striking it must have a precedent; and indeed, Nicholas I stayed in the conference hotel, the Annandale Arms, in 1817, as a callow youth. (He didn't come for the conference, of course. It was only established in 2010).


The Slavophiles of Moffat first appeared on my radar when they organized the UK's only major Lermontov commemoration last year; which has since produced this lovely anthology of translations (some into Scots Gaelic). Moffat Book Events tells its own story quite well (this page includes a programme for this year's conference), but the secret of their success seems to be the friendship between the VGBIL's much-loved and insightful librarian, Ekaterina Genieva, and two Dumfries-based Russophiles - the literary scholar and church historian Ann Shukman (incidentally, one of the first women ever ordained by the Church of England, in 1994), and Elizabeth Roberts, currently editor of the Scotland-Russia Forum. This personal friendship - strengthened by shared interest in the life and fate of the murdered Orthodox priest, Aleksandr Men - led to practical collaboration, which the Moffateers are determined to preserve despite Genieva's death earlier this year. To this end, this year's conference brought together a constellation of Tolstoy experts and former colleagues  and friends of Genieva, including Tolstoy biographer Pavel Basinsky (who read an extract from his book Flight from Heaven, soon to appear in English translation), essayist Andrei Boldin, the directors of the newly-founded Institute for Literary Translation (which dispenses grants to translators and dispenses the Read Russia prize, won this year by Oliver Ready for his mesmerizing version of Vladimir Sharov's Before and During), Lehman College Slavist Robert Whittaker, Yasnya Polyana's Galina Alekseeva, a sprinkling of senior VGBIL staff, Dmitry Bak (director of Moscow's State Literary Museum), and the chairperson of the Ecclefechan Carlyle Society, Mary Hollern.


As at any gathering of Tolstoyans, there were surprises. One delegate flew in from Iowa, for 24 hours (on the Moffat red-eye). One speaker came from Pamplona. There was a seanachie, a documentary film about Yasnaya Polyana, and a number of art exhibitions including key scenes from Anna Karenina imagined by Yuri Kossagovsky.

Nor did the papers disappoint. Galina Alekseeva discussed Tolstoy and Thackeray - how Pendennis (1850) might have inspired the young Tolstoy to write autobiographical fiction, while the fortunes of the War of Independence as described in Esmond (1852) probably encouraged him to think about how historical forces crush individuals. Robert Lehmann used the fable of the blind men and the elephant as a metaphor for the transmission of the earliest versions of Tolstoy to American readers. This was an occasionally scandalous process; established translators such as Nathan Haskell Dole refused to touch The Kreutzer Sonata, a text considered so incendiary it was confiscated by police from New York bookshops (a 'Trojan elephant', if ever there was one). Dmitry Bak's heartfelt paper retraced the falling-out between Tolstoy and his publisher Katkov which resulted in the rejection of the final chapter of Anna Karenina by Katkov's journal, Russkii vestnik; Bak suggested that Katkov insisted on the black-and-white delineation of character (sinners are bad, saints are good), Tolstoy preferred to allow his readers (and characters) to absorb morality by instinct and experience. The two men fell out over Tolstoy's failure to condemn Anna in the final chapter. There were many other talking points, proving that this unusual conference is already a worthy legacy of Genieva's work and an important day in the British Russian Studies calendar. The real (Trojan?) elephant in the room was the question none of the delegates dared to address: did Tolstoy like toffee? Specifically, the local speciality, with its unique (and secret) recipe? It's safe to say quite a lot of this sticky stuff is flying back to Moscow this week... 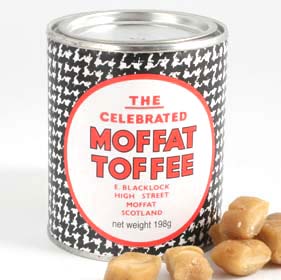 Posted by Russian Dinosaur at 22:42 3 comments: