New kids on the bloc: the rise of Novichok fiction

It's intriguing to note the rise of the Novichok novel, especially given that the first high-profile Novichok poisoning case - the attempted murder of ex-agent Sergei Skripal and his daughter Yulia in the quiet English cathedral town of Salisbury in March 2018, by two clandestine Russian operatives - skirted so close to fiction. There was the tragically inept administration of the poison, which ultimately affected two innocent bystanders - of whom one died - and a serving police officer. There followed the tragicomic denials on prime-time Russian TV made by the two operatives, who expressed their earnest admiration for Salisbury Cathedral and its 123-metre spire. The Facebook page 'Advice for Russian Tourists' has made satirical hay with multiple memes featuring Russian "tourists" Aleksandr Petrov and Ruslan Boshirov (alias Anatolii Chepiga), reconfiguring them within a gently incompetent vision of spycraft: more Fawlty Towers than Philby. These guys don't need plausible deniability; never mind their flimsy cover story, the reality was so implausible it's easier to deny than accept. 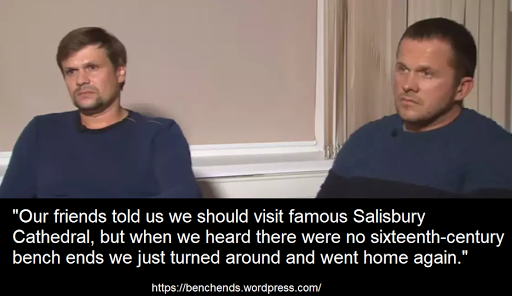 That mixture of belligerence and bathos was once more in play in August 2020 when the would-be leader of Russia's political opposition, Aleksei Navalny, was near-fatally poisoned by Novichok powder sprinkled in the fabric of his underpants. On the one hand, this incident brought the concept of going commando to a whole new level; on the other, it emphasized the incalculable ubiquity of death-dealing in the post-Soviet era. Who needs a poisoned umbrella or an ice-axe when you can anoint a door-knob with poison or slip death under the waistband of somebody's Y-fronts?
Life may indeed be stranger than fiction, but fiction is not letting life have all the fun. Three contemporary novels - two recent, one still to drop - by well-known authors have fictionalized a scenario that already beggars most people's belief. The first I read was Slough House (2021), the seventh Jackson Lamb spy thriller by Mick Herron, one of only two authors to receive my ultimate saurian compliment: I pre-order their books at full price. Mick Herron writes anti-spy novels: his plots expose a contemporary British secret service undermined by desk-jockey careerism, underfunding, and toadying to Whitehall (one of the joys of reading this series is the evolving caricature of Boris Johnson). His heroes are a bunch of failed spies ("slow horses"), punished for various professional failures with permanent exile to London's dilapidated Slough House, where they file meaningless records under the fabulously alcoholic, balefully obscene and yet unflinchingly loyal guardianship of Lamb, a sidelined big beast of Cold War spycraft. It's almost a misnomer to call the series after Jackson Lamb, often the books' least-active, least-glimpsed character; we have free indirect access to the stream of consciousness of virtually everyone else, including Roddy Ho, whose nerdiness and woeful ineptitude somehow never silence the Bond movie looping in his head:

[...] Men were just better at the practical stuff - facts and stats, dude. Facts and stats. Time to take charge. Holding one commanding hand up to halt Shirley, Roddy put the other on the knob of the closed door. Twisted and pushed in one swift movement.
"Locked."
"Yeah, try pulling?"
He pulled, and the door opened on an empty toilet.
"Ho," she said, "you're as stylish as a man bun." (from Slough House)

In Herron's latest novel, a British revenge operation mounted on Russian turf in response to a Salisbury-style incursion has led to general stakes-raising, and to a deadly mission by some rather competent Russian agents. At the end of the novel, my favourite character's life hangs by a thread because he's just made a single, typically Slow Horse mistake; he opens a door. This door isn't dangerous because of what's on the far side (although Herron makes some nicely ironic play with the metaphor of opening a door onto a new stage of life). It's deadly because of what someone has put on the doorknob. Could parts of this narrative actually be true? Of course not; Herron's afterword reminds us that even if we notice "echoes" of "events in Wiltshire between March and July 2018", we should remember that "this novel is pure fiction". Of course it is.
Sergei Lebedev, a geologist by training now much better known for his serious and engrossing historical fiction, may have written the definitive Novichok novel in 2020 (translated by Antonina W. Bouis as Untraceable in 2021). In the original Russian, its title is Debiutant, Lebedev's transparent nickname for the poison, which Bouis translates as 'Neophyte'. Both capture the novelty echoed in the word Novichok (from novyi, Russian for 'new'). I won't review Untraceable at length here, since Robyn Jensen has penned this excellent piece in the LA Review of Books. Suffice it to say that Lebedev's real subject, as the Russian title emphasizes, is this elegant, untraceable poison pioneered in an ethically repellent ultra-secret Soviet closed city (inside a lab that makes the Siberian sharashka of Lionel Davidson's Kolymsky Heights look like Montessori playgroup). We learn about its origins (at the expense of the scientist's unborn child); its deadly successes; its long wait inside a meticulously insulated test tube (it accompanies the scientist into Western exile). We follow the GRU operatives sent to assassinate the scientist after his whereabouts are exposed. These agents, armed with another variant of Neophyte, are plagued by a succession of petty disasters that cumulatively unstring their mission. Like the real-life Salisbury hit squad, their cover is tourism. And we follow Neophyte at its terrible work. Untraceable was published just before Navalny's poisoning, but well after the Salisbury poisonings made headlines. The story opens with a sting (in more ways than one) against a retired spy who switched allegiances long ago. He realizes just too late that what he had taken for a "wasp sting" was in fact a skilful subcutaneous injection, delivered in a hilltop restaurant:

With a final effort, he rose and holding on to the walls made his way into the corridor. His constricted throat kept him from screaming, calling for help. On the porch, he bumped into a waiter carrying a tray of bottles and wineglasses. The waiter assumed he was drunk and moved aside. He fell from the porch, taking the waiter with him, hearing the crashing glass and hoping that everyone noticed and was looking. He hissed and gurgled into someone's ear: "Ambulance... police.. murder... not drunk... poison... I was poisoned."
And he collapsed, still hearing the sounds of the world but no longer understanding what they meant. (from Untraceable)

The last of my trio is a novel not yet released, by redoubtable spy novelist Charles Cumming. Its immediate prequel (introducing recurring characters), Box 88 (2020), is the polar opposite of Herron's Slough House. Slough House is under the conventional radar because it's a dump for failed spies; whereas Box 88 is the Jack Reacher, the monster shake, the Perfect Manhattan of secret agent organizations. It's the best of MI6 and the CIA, kept secret from even those organizations and feeding back to senior government officials on a strictly need-to-know basis (and mostly deciding they don't need to know). Box 88 agents can do Black Ops without fear of media repercussions; they can track your Deliveroo orders by finding out your mobile number; they can put an electronic bubble around your house to stop you communicating with the outside world. Judas 62, the second book in the Box 88 series, opens in a Soviet closed city where biochemical weapons are developed, then leaps forward to 2020, mid-Covid-lockdown, to sketch the demise of an elderly Russian-general-cum-Box-88-mole who now lives under an assumed name in Connecticut. Two Russian agents, including an FSB officer disguised as a US mailman, break into the old man's cabin in the Adirondacks. Without leaving any other trace of their presence, they lace the former general's glaucoma medication with a poison which we recognize as a variant of Novichok. Sure enough, when the familiar symptoms take hold, the unfortunate old man only just has time to call his CIA handler before collapsing. Now we learn that JUDAS is "a list of Russian intelligence officers, military personnel and scientists living in the West who had been targeted for reprisal assassinations by Moscow. Alexander Litvinenko had been JUDAS 47, Sergei Skripal [...] JUDAS 14". Hang on - is this novel tracking fact, or fiction? We can't be sure, because who knows what else might have happened by the time Judas 62 appears in print in October 2021. As up-to-the-minute as Cumming's novel is, life may well have stolen a lead on fiction yet again by the end of this year.
Just wait until we start to see the Havana Syndrome subgenre hitting our bookshelves... 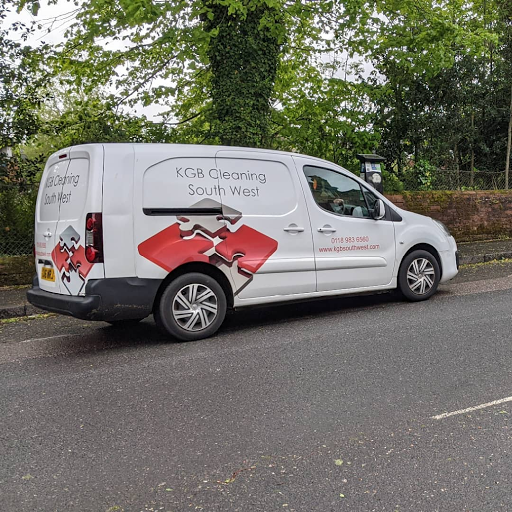 Posted by Russian Dinosaur at 23:22