As regular readers know, this blog loves Gaito Gazdanov, one of the most important - and least remembered - of Russian émigré novelists. Previous posts include this guest post by Gazdanov translator Justin Doherty, and my review of Bryan Karetnyk's version of The Spectre of Alexander Wolf (Pushkin Press, 2013). I'm therefore delighted to follow these up by interviewing Bryan Karetnyk himself. I believe in resisting extinction: Bryan K does just this on a literary scale, by turning a largely forgotten Russian writer into a contemporary publishing success. His Spectre garnered some splendid reviews, notably in the Guardian, the LRB, and the Independent. His translation of Gazdanov's 1950 novel The Buddha's Return (Возвращение Будды) is just out with Pushkin Press.

Bryan, welcome to the blog! Your work as a translator is very much in harmony with our interests. But what led you to choose Russian translation as a career? Tell us about your background.

Thank you for inviting me! As your more eagle-eyed readers will have no doubt spotted, my surname is a bit of a give-away. I have mixed Russian–Ukrainian heritage, and so on account of a youthful passion for language and literature, I went to read Russian (and Japanese) at Edinburgh. Since graduating, I’ve worked in various guises as a translator, and three years ago I moved into publishing, as an editor, with a large focus on classic and contemporary literature in translation, so the various strands have come together quite nicely over the past few years.

The literature of the Russian emigration has always fascinated me. I first came to this through Nabokov – without a doubt the best-known literary figure among Russian émigré authors, although he is now often considered apart from them because of his later success. I first came across Gazdanov while reading Nabokov’s ‘Torpid Smoke’, and immediately began to wonder about the identity of this author with a strange-sounding name, who merited a mention in Nabokov’s short story. By a chance collusion of events (a very Gazdanovian one, come to think of it), a month or so later, while browsing in a Russian bookshop in London, I came across the small Azbuka edition of Gazdanov’s first novel An Evening with Claire. I loved it and soon began tracking down editions of his other novels and short stories. I suppose what captivated my interest in Gazdanov’s work was not only the stories he tells and the way in which he tells them, but also the latent mix of autobiography and fiction in his writing. Gazdanov’s own life was fascinating, and he weaves so many aspects of it into a number of his works; more than that, he was an extremely complex figure, a man whose own life story went through so many of the vicissitudes that his characters endure, a man whose history contains so much by way of contrast and contradiction.

You’ve now translated two Gazdanov novels. What are the most difficult aspects of working with his prose? What do you find most rewarding?

A number of points in both respects can be made here. First, and more generally, I suppose, is trying to convey the particular rhythm and cadences of Gazdanov’s prose. We often see lengthy, complex, and often philosophical excursions contrasted against airy, often ironic and very well-characterised dialogue. Secondly, almost without exception, Gazdanov’s works are set predominantly in France, often among Russian expatriates living there; the characters slip in and out of French and much of the dialogue, at least notionally if not literally, takes place in French. (After years of living in Paris, Gazdanov acquired an exceptionally good command of French idiom.) In many ways, though, this can give a translator more options to play with: a particularly pleasing example came in The Buddha’s Return, where a night-club by the name ‘Золотая Звезда’ figures; after initially worrying that ‘The Golden Star’ sounded rather like a pub in East Anglia, it struck me that a French name, ‘L’Etoile d’Or’, would be much more appropriate – and far less pub-like.

You’ve published both your Gazdanov translations with Pushkin Press, a small but highly regarded publisher very active in publicizing less well-known authors from Antal Szerb to Teffi. How did you and Pushkin Press find each other?

They’re certainly a fantastic publisher to work with, and I can’t thank the whole team enough for having had such faith in Gazdanov and me from the very outset. As it happens, I’d been working with Pushkin for some time, even before Gazdanov came onto the scene. After the major success of Rosemarie Tietze’s translation of The Spectre of Alexander Wolf in Germany in 2012, we began to discuss the possibility of reintroducing him to the English-speaking world in a new translation, and things progressed from there.

You have worked in publishing yourself. What do you think the future holds for small publishers like Pushkin, Angel Classics, Noise Trade or And Other Stories, to name a few? Will they remain financially viable? How can they adapt to changing markets?

Publishers naturally have a lot to compete with, and they continually have to keep readers excited and engaged. I think that for small indy publishers like those you mention the future looks promising, so long as they maintain a high degree of innovation and creativity, as well as a commitment to publishing the best fiction around. There’s so much excellent writing out there, classic and contemporary, home-grown and from further afield, and that’s precisely what all the publishers you mention do – and do very well at that.

Reacting to the eBook-versus-paper debate, of course, you have to innovate and adapt to the market and changing reading habits; I think Pushkin in particular have reacted well to this, apprehending the need for both high-quality production and beautiful design: to make people part with hard-earned cash, you have to offer them something that looks and feels as good as it is to read; their books, as well as those from And Other Stories, are universally acclaimed for their design as well as content. As far as eBooks are concerned, they can actually be a great asset to publishers, if only they embrace them: the production costs are relatively low in comparison with print publishing (effectively there’s only a single production cost): the rest is revenue. There are also a lot of innovative things that can be – and indeed is being – done with eBooks: for example, multimedia formats, dramatic readings, commentary and expanded apparatuses… Just look at the iPad app Faber produced for Eliot’s The Waste Land.

As a translator, what’s your philosophy?
You must have a certain degree of daring, I think. There are so many layers to a text: first, the author and his (or her) voice, but also how this voice has developed along the author’s career; secondly, the world created by the book itself, and where the book is situated within the author’s oeuvre; finally, the rhythms, cadences, semantics and aesthetics of the text – all of this has to be accounted for in some way in a translation.

In striving for this, I always hold close two principles: invisibility (of the translator) and mirroring (of the text). By mirroring, I mean that the translation ought to be a reflection of the original in as much as it can be: if something sounds odd in the original, the English should sound equally odd; if it’s obscene, then make the English obscene (but always beware that an eye for an eye isn’t always equal in the world of ‘verbal transmigration’!). If we take Gazdanov, for example, his writing is very much situated in a specific time, place and literary tradition; of course, no modern-day translator is going to be able to recreate the prose a contemporary English writer might have produced – to strive to do so would be folly, I think – but that doesn’t mean that a translation cannot suggest all these things; you can hint at them through word choice, phrasing, and so on. It’s all about finding the appropriate tone. 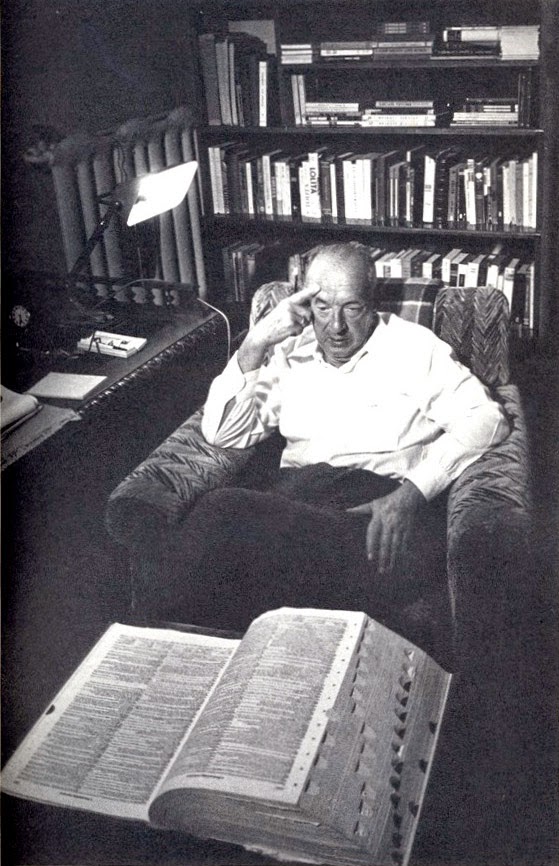 Nabokov has to be a favourite, if only for his vision of what a translator ought to be; naturally, however, the vision and its result were quite different when it came to translating his own works. But then, there’s quite a different magic involved in self-translation, which is wholly admissible.
That aside, the two translators I’d have to point to are Anthea Bell and Len Rix. Any readers unfamiliar with Bell’s work need only digest her recent interview in the Guardian to see why: her work has been so prolific and consistently inspired over the years as to humble every aspiring translator. And it is to Len Rix that we owe so much for bringing Antal Szerb so elegantly and sensitively into the literature he loved so well – English.

Well, what I can hint at for the moment is that readers will be seeing even more Gazdanov in the not-too-distant future, so watch this space! As for would-be translatees, the world of Russian émigré literature is such a treasure-trove of largely forgotten, but top-drawer authors, many of whom I’d love to translate further down the line. It’s so good to see that publishers are now taking a serious interest in them, especially with recent publications like Subtly Worded, a collection of short stories by Teffi, expertly translated by Robert and Elizabeth Chandler, Anne Marie Jackson and others.

Apart from Gazdanov, naturally? I’d be hard pushed to name just one, but what draws me to an author or a work is a sense of playfulness and beauty in the use of language and form. I’d have to say, in no particular order: Bunin, Nabokov, Spark, Tanizaki and Waugh.

You can read Bryan Karetnyk's translation of a Gazdanov short story here on Pushkin Press's website.

Posted by Russian Dinosaur at 13:09