As a translator of Russian literature, I'm used to silence. My work is rarely published, my few readers rarely cite my words, and if they do, they might not credit me: if I've done my job right, they forget I exist.  But now, for the first time, I have reason to be silent; to be ashamed, even afraid of admitting what I do. Because of the tragically misguided decision of the current Russian government to invade Ukraine, and the war crimes committed by Vladimir Putin's orders even as I write this, 'Russian' is becoming a pariah word. Now is not the time to talk about Russian literature, some say; and certainly not to publish it, or to support its translation.

Thankfully, some people cannot be silent. Tolstoy couldn't. Not when he saw injustice in his own country, committed by an unelected government and without a free media to report it. Sound familiar? Anna Starobinets cannot be silent either. If you haven't heard of Anna before, or read any of her excellent work in the English of Jane Bugaeva, translator of Anna's engaging children's novels; or her fiction for adults translated by Jamie Rann and Hugh Aplin; or her heartbreaking memoir of loss translated by Katharine E. Young, read her statement below and see why you've been missing out. 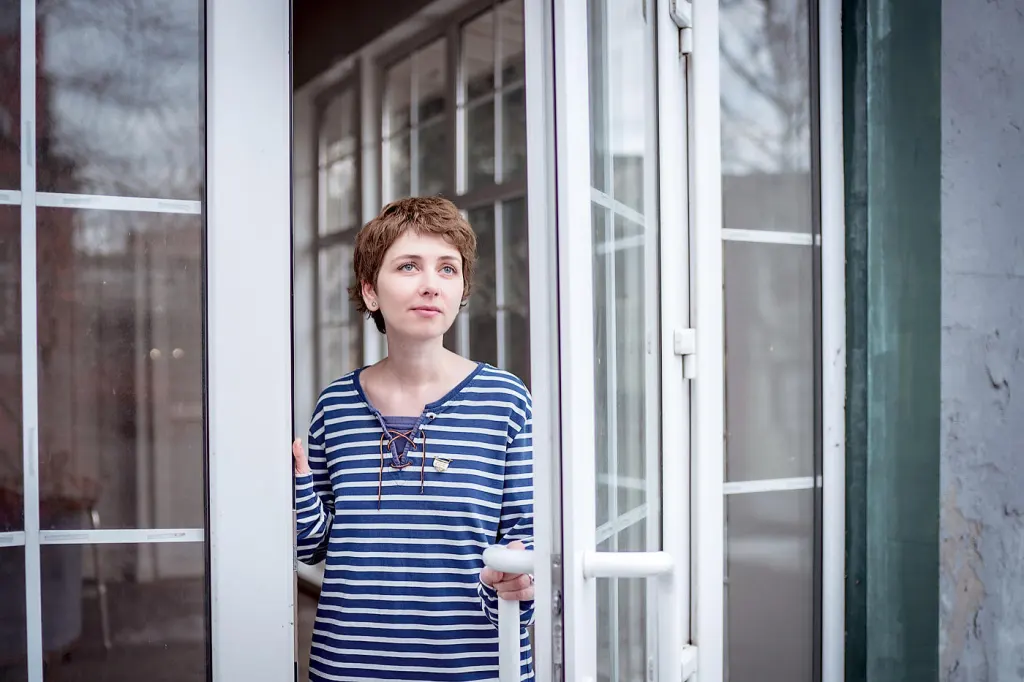 Statement by Anna Starobinets about the war in Ukraine

[This statement was posted in Russian on Facebook on March 11, 2022, and later translated into English by Muireann Maguire]

“But who needs you, anyway!” say my elderly relatives. “Live quietly in Russia. Just keep your mouth shut.” Of course, they mean something else – that as long as I gag myself with a metaphorical handkerchief, no-one will threaten me – but there’s still truth in their words. I’m not needed any more. Not needed anywhere. Neither “here”, nor “there”. I’m not needed “here”, because I call the war what it is: war. Because I insist that the people of Ukraine are peaceful, not fascists. People who are being bombed by my own homeland, controlled now by a crazy psychopath. I’m not needed “there”, because now I carry the mark of Cain. Of someone who kills his own brother every day. Because I am from Russia.

What can I do? Stay in Russia, take to the streets every day with those who are brave enough? Get beaten in the face and kidney-punched? Get sent to prison for three years, or twenty years? Probably not twenty, of course. Three is more likely. And for the first offence, just two weeks or so. But I can’t do it. I cannot bear to leave my children. They have no-one in the world but me.

What can I do? Stay in Russia, and remain silent? Become part of it? No, I can’t do that either.

What can I do? Go elsewhere, lose everything? Everything except the shreds of my self-respect, and my children. That’s my choice. I’ve made it – and left.

I’ve come, first, to Sri Lanka. I booked and paid for this trip in the happy days before the war: I wanted to see the jungle animals, because my next Beastly Crimes children’s book is meant to be set in a jungle. Coconuts, apes, elephants, heat – I feel feverish; delirious. The jungles of Sri Lanka symbolize my homelessness. I see an elephant – and I remember I no longer have a home. I see a palm tree – and I remember I’ve given up my beloved apartment in Khamovniki, Moscow. Here I see apes – and there, my friends are packing up my life into cardboard boxes. I see snakes – and I have enough money for three months, at most. Coconuts, ripe to pluck – and I’ve left my parents and my friends. Here’s the new moon, lying on its back; and I have no idea what to do for the rest of my life.

From here we’ll move on to Georgia. Then, maybe, to Montenegro. Farther on, I see only fog: thick, like the mist above jungle pools at six in the morning.

This is the choice I have made. Silence, for me, is the very worst. The only thing I can do well is string words together in Russian. That’s all I have. I’ll comfort myself that I can still do this when far away. Perhaps I’ll be more useful like this for toppling the regime, than if I shut my mouth or went to prison. Maybe the same children who read my Beastly Crimes will do something when they grow up. Since I couldn’t do it. Since we couldn’t.

With these words, I burn my bridges. My sympathy: for Ukraine. My respect: for those who remain, to fight on.

Anna, as she tell us, cannot be silent. By speaking out on social media, and by asking me to translate her words into English so that they would reach a wider audience, she has cut off her entire life, her  income, her main readership (think how much that hurts a writer), her support networks. Frankly, under the same circumstances, I think I'd shut up. I know other Russian writers who have chosen silence; we cannot judge them. But we can judge our own choices. For too long, Western society has been silent about writing from Russia, Ukraine, and elsewhere in Eastern Europe, by failing to read it; by failing to understand it; by over-politicizing it; by under-politicizing it. Readers don't choose Eastern European literature, so commercial publishers in the West rarely fund translation from these languages independently. The end result has been to throw an entire industry sector on the mercy of the Russian government's opaquely filtered funds; funds which are now likely to prove both unavailable and untouchable. Not every political statement can be translated pro bono in a few hours; and the first English translation of Zamyatin's great dystopian novel We didn't sell enough copies even to earn back its production costs). If no replacement grants for Russian literary translation is found, and if readers are not found to fill the gap commercially, then translation will cease to be funded.  Yet if translators fall silent in the English-speaking West, so will Russophone writers like Anna, like Alisa Ganieva (whose husband has been arrested for protesting in Moscow), like Mikhail Shishkin (who distanced himself from the Russian government in 2013, a year before the invasion of Crimea), like Andrei Kurkov, a proud Ukrainian who writes in Russian.

Don't let that happen. If you have a choice, don't choose silence.

Disclaimer:  I have reviewed Anna's memoir Look At Him, and chaired an online talk about it where Anna spoke vividly despite having Covid at the time; and finally, I wrote an essay about Anna's science fiction for the LA Review of Books. This year, I was hoping - I am still hoping - to invite Anna to my University to participate in a seminar about coping with child loss.

Posted by Russian Dinosaur at 13:01