Punishing the Hunter - Not the Reader 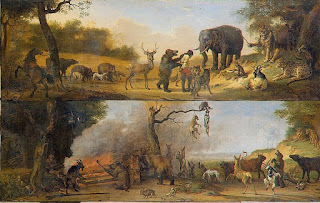 Yulia Yakovleva is one of the most entertaining and deft contemporary writers working in Russian today: she hops with agility between YA literature (we loved her The Raven's Children, which was longlisted for the 2020 Read Russia Prize) and adult detective thrillers like Punishment of a Hunter (Pushkin Vertigo, 2021) - although both titles we've so far have been set in the early Soviet period. There's plenty of political idealism, casual animosity, frustration, and filth to enjoy - I particularly appreciated the details in Punishment of a Hunter about the sheer difficulty of getting laundry done in a communal apartment. But while there's a wealth of Communist social context to enjoy, you may well find the plot too engrossing to notice - as Yakovleva's hero, Leningrad police detective Vasily Zaitsev, tries to solve a series of grisly crimes committed in his city. 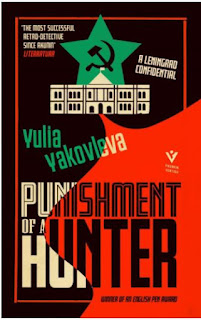 Meanwhile, I was trying to solve the mystery of why this excellent crime novel is called Punishment of a Hunter instead of The Leningrad Murders or Comrade Death or some such similarly suggestive, run-of-the-crime-mill name. The Russian title - literally, Suddenly Out the Hunter Runs - didn't help me either. Only as I approached the end did everything make sense - odd title, cute illustrations adorning every new chapter, and the oddly recurring theme of Dutch Masters in the Hermitage Museum. I can't explain without spoilers, so I'll summarize by calling Yakovleva's novel an ek-phras-tastic thriller: an honest, much-wronged detective lead recalling the excellent Arkady Renko of Martin Cruz Smith's late-Soviet crime series, a macabre serial killer who could have dropped out of a Chris Carter novel, and a setting straight out of one of Bulgakov's communal-apartment comedies. There's even a basis in historical fact for the big reveal (if not for the serial killings).

This is a novel where names, especially traditional 'speaking names' that reveal information about their bearer's character - are important, and Yakovleva's translator Ruth Ahmedzai Kemp has done a splendid job with this. She kept the hero's name, Zaitsev (a relatively common Russian surname) although English readers lose the subtle association with the hare (zaets), a game animal which features in the titular Dutch canvas by Paulus Potter (and hence the theme of the hunter becoming the hunted, important for Yakovleva's plot, is harder to discern). Another, less savoury detective is called Kishkin in the original (which evokes Tripes or Offal for the Russian reader); Ahmedzai Kemp smoothly changed this to the similarly evocative 'Uglov'. It's a 'speaking name' that works well in English, and one could certainly argue that this novel has quite enough evisceration going on already. I particularly enjoyed Ahmedzai Kemp's lively touch with dialogue, which always sounded vivid and real. There's a wonderful exchange between Zaitsev and a 'cabbie' (izvozchik), who, like all taxi drivers since the dawn of time, draws him into a political discussion. Zaitsev tries to close this down by trotting out some formulaic Sovietese: 'I'm just setting out the political situation in the country'. In Ahmedzai Kemp's translation, the cabbie responds, 'Ooh, check you out. Where you from then?' The original has 'Ty otkuda gramotnyi-to takoi' (Or, 'Where was it you learned to speak like that'?). I normally like my translations literal, but I admired the chutzpah of that 'Check you out'. It brought the cabbie to life in my head - just as any well-written text should achieve for its characters.

Pushkin Press are doing a laudable job of commissioning translations of crime fiction (including vintage detectives) from several languages through their Vertigo series: if you like historical crime, intelligent Russian fiction and a Soviet setting, check it out. It's worth hunting down. 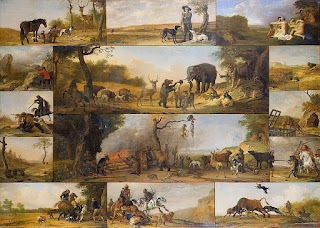 Posted by Russian Dinosaur at 17:06