I wanted to call this blog post 'the unreadable in pursuit of the untranslatable'. Then I wanted to call it 'the weeping translator', since that describes me trying to Anglify the Soviet writer Sigizmund Krzhizhanovsky's cryptic fragments. And then, as he will, Krzhizhanovsky himself gifted me a title: the burning umbrella.

As part of a larger project to translate the author's non-fiction, I was asked to tackle selections from Krzhizhanovsky's 'writer's notebooks'  for a new anthology of his non-fiction prose. There are three such notebooks, preserved by the writer's common-law wife Anna Bovshek, plus other miscellaneous jottings, all published online by Vadim Perel'muter, the poet (and chief architect of Sigizmund Dominikovich's literary legacy). The notebooks contain jottings, story ideas, bad puns, and other momentary inspirations recorded by Krzhizhanovsky; some were reworked into stories, others recycle themes (including the word 'theme') which preoccupied him throughout his life, and still more preserve ideas in amber: embryonic plots, throwaway lines, acidic quips and bitter social commentary. Translators involved in this project have been asked to keep footnotes to a minimum, so in my work for publication I must pass over the most obscure, the context-specific, and the untranslatable. And yet, as SDK (let's call him that) would surely appreciate, it's the untranslatable that I most wish to share. For example: this one-liner: Gori, zont. All SDK has done is break the Russian word gorizont, or 'horizon', into its semantic units (or, split semantics at the seams - I've been reading too much of this stuff) to create two new words that make no sense. Gori, zont means Burn, umbrella. Or as my colleague mischievously suggested: burn, brolly, burn. The blazing brolly makes no more sense in Russian than it does in English, but in translation even its semantic prehistory is lost: it reads like sheer nonsense, unless I intrude a forbidden footnote to explain that the words, reunified in Russian, mean 'horizon'. SDK loved building stories by literalizing metaphors ("In The Pupil", "The Unbitten Elbow", "The Runaway Fingers", for starters) but here we see him at his other favourite activity, unlocking individual words to let out the stories hidden inside them. Lear meets Joyce, with libretto by Lewis Carroll.


Daughter of vision (Dochka zreniia). The world is the daughter of vision. (This is a play on the phrase tochka zreniia, literally 'point of view'; but since 'daughter' is not assonant with 'point', the harmony is lost in English.)
We wailed. Did you? (My vyli. Vy li?). (Fun with that uniquely Russian vowel, ы, and the Russian interrogative particle li.)
Welcome and Priam (Priyom i Priam.)
Dumb [speechless]. Not mine. (Nemoi. Ne moi.)
The crown [as in the kind broken by Jack and Jill] of the theme. (Temya temy.) 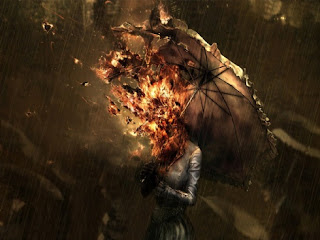 If all this sounds too casual, SDK wakes us up by combining an untranslatable word (toska - ennui, longing) with a neologism (toskizm) to announce, 'I have fallen into miserabilism' (Ya vpal v toskizm).  And the notebooks contain much, much more than wordplay: Kozma Prutkov and other less well-known figures from the 19th century comic grotesque (such as Alexander Sukhovo-Kobylin, playwright and satirist) stalk through these epigrams. Other aspects (such as his idea for a play called John and Jeanne, about Falstaff and Joan of Arc) relate to his critical essays on Shakespeare. But the translator's life is never made easy. SDK is enthralled by the idea of a fish learning things off by heart (in Russian, na zubok, by the tooth); which allows him to make the groaning joke, 'On znaet eto na zubok, no tolk'ko zubov u nego netu' ('He knows this by the tooth, although he's toothless'). Wonderful: except that, as far as I know, fish do have hearts, so the obvious English translation misses, to say the least, a beat: 'He knows this by heart, although he's heartless'.  Even more dispiriting for the translator are paragraph-length jokes that founder, literally in this case, on a single syllable:

The girl was very lazy. “So what will it be: yes or no?” he asked her. “Yes,” she answered, because “no” was one letter longer. They married. When her time came to give birth, she was too lazy to make an effort. Things dragged out, and when, finally, at the urging of her doctor and husband she overcame her laziness, the child emerged perfectly grown-up, with a beard and whiskers, just like you.

Before anyone points out that I made a mistake - that 'yes' is one letter longer than 'no' - may I point out that the reverse is true in Russian. It's just easier to say 'da' then 'net' (which makes Russia's low birth rate even more mysterious).

Or take his one-line sketch of a 'character for a comedy', which is actually a rather scary exercise in Soviet biography: 'In childhood they scared him with pipe-cleaners (trubochisty), in old age with a purge (chistka)'.  As a literal translation clearly won't cut the mustard here, I've played it safe by substituting 'purgative' for 'pipe-cleaner'. Very occasionally, SDK's punning works better in English: 'A spare pair of parents' has more assonance going on than SDK's 'zapasnaya para roditelei'; it's also a nicely reverse-Bracknell situation ('To lose one parent may be regarded as a misfortune; to lose both looks like carelessness; always carry a spare pair').

A shock revelation: SDK could be banal. He penned truisms like 'We are all mortal: we will all die', or uninspired description such as ''An unshaven cheek, rough as sandpaper (nazhdak)' is one of the tossed-away lines recorded in the First Notebook. But then he catches you out with a slow-burning witticism: 'He speaks six Russian languages' - and what sounds like a compliment peels away into a verdict of incoherence (or possibly sycophancy) on an individual who speaks his native language six different ways. Or the splendid, doubtless autobiographical aphorism: 'Luchshe uzh krasnyi nos, chem nos po vetry' - literally: 'Better to have a red nose than a nose by the wind'. The first half of this proverb references the inebriation to which SDK ultimately succumbed; the second half  derives from a Russian sailing expression, derzhat' nos po vetry, to steer the nose (of a ship) by the wind. Better to be three sheets to the wind, than to trim your sails to it? Thus changing the bogies of metaphor from the human face to the high seas. SDK can also be off-colour - there are some unoriginal, locker-roomish quips about virginity, and this odd 'reported anecdote' from a Soviet-era collective apartment:

A man in a collective apartment catches his finger on a nail in the bathroom – a bloodstain on the floor. He goes to his room, then hears quarrelling female voices through his wall: “Why don’t you clean up after yourself? Are you too lazy to clear up once a month?”  “I’m perfectly clean. That’s your blood. Mine finished five days ago…” And the man with the bound-up finger learns the hidden truth.

These scraps, however, were not written for publication. They were written as aides-memoire and bons mots by a man who couldn't even publish what he did write for publication. (This is an excellent article on SDK's life and woes by Adam Thirlwell). He called himself 'a crossed-out person', and enjoined those who were similarly crossed-out 'to believe' (zacherknutomu: verit'), although what they should believe in was not clear; certainly not Soviet literature. In a sense, all his work was already crossed-out; why blame him for a few dodgy extemporizations genuinely not meant to be seen? The real 'wonder' ('wonderful adventures inside a textbook of logic' writes SDK, apropos of nothing in particular) is that these notes, independently of his finished prose, present so much that is cogent and immanent. As Krzhizhanovsky reflected in his Second Notebook, 'As a writer, am I with the majority or the minority? If counted by the number of heads, I’m in the minority; but if we go by the number of thoughts, surely I’m in the majority?'

Posted by Russian Dinosaur at 14:31